New York’s public TV channel, Channel Thirteen, was facing a declining subscriber base. As the principal form of funding, subscriptions were literally the life blood of the station. To make New Yorkers appreciate their public station, we showed them how poor the quality of commercially funded content had become. For #TVGoneWrong, we created trailers for fake shows such as The Dillionaire, Married To A Mime, and Knitting Wars, luring viewers into false acceptance of commercial’s television’s dire state. With renewed appreciation of PBS Channel Thirteen’s higher standard of programming, viewers were prompted to subscribe, contributing to the preservation of quality television. 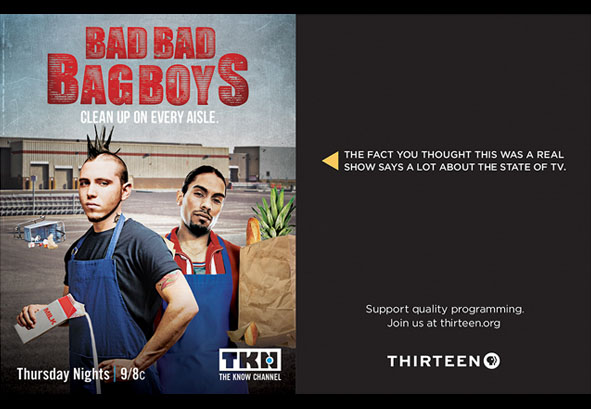 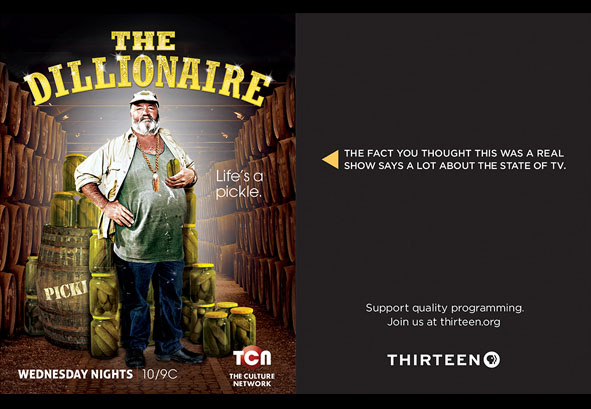 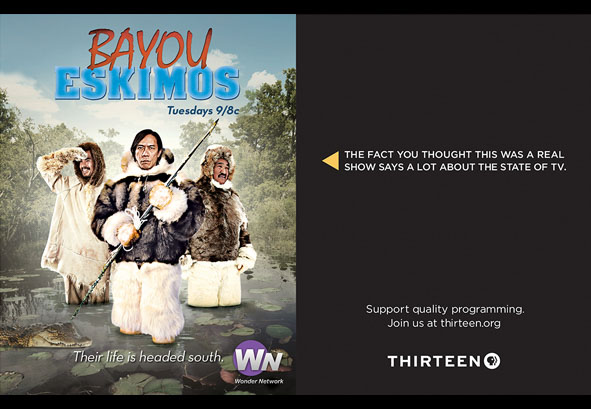 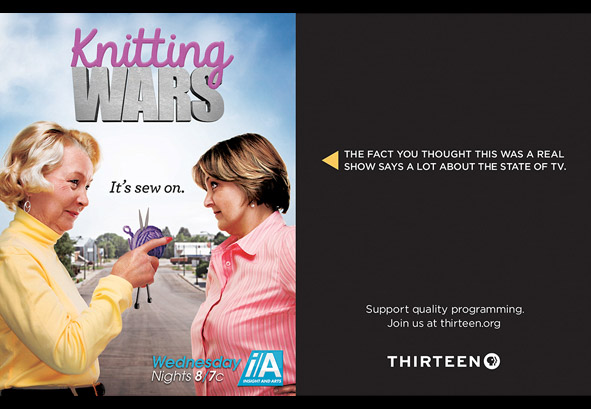 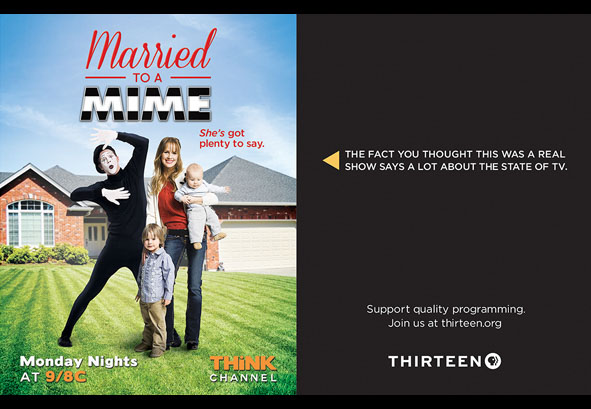