Politics has always been subject to the laws of the jungle, but more than ever in early 2019, the House of Commons resembled a zoo. With so much noise and conflicting information available as Brexit edged ever closer, the British people were confused and looking for a way to make sense of the mess. The Times and The Sunday Times have brought clarity and balance to politics since 1785, so we sought to remind people that the newspapers offer all the guidance and analysis they need.

Politics. Tamed. was the promise of the campaign. In all of the places people would expect to see MPs, they instead saw political animals. Animals known for characteristics we so often see in our politicians. Led by a remarkable piece of film, set within Westminster, these political animals were all over TVs, buses, taxis, social media feeds, and radio. Each execution positioned The Times and The Sunday Times as a guide through the incomprehensible chaos. 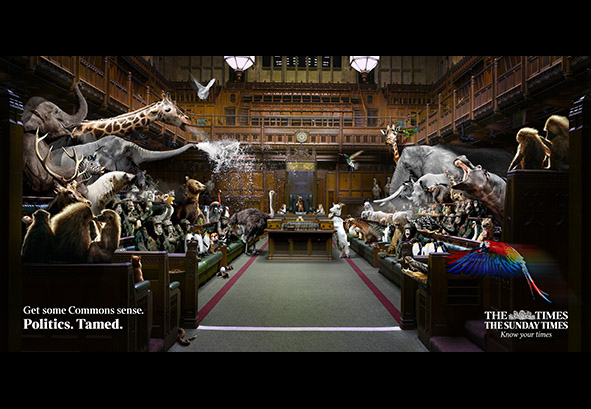 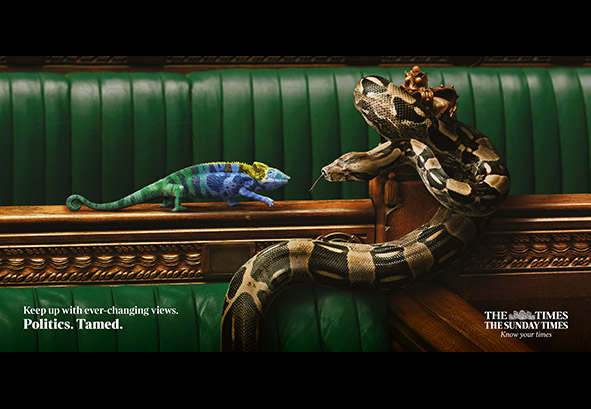 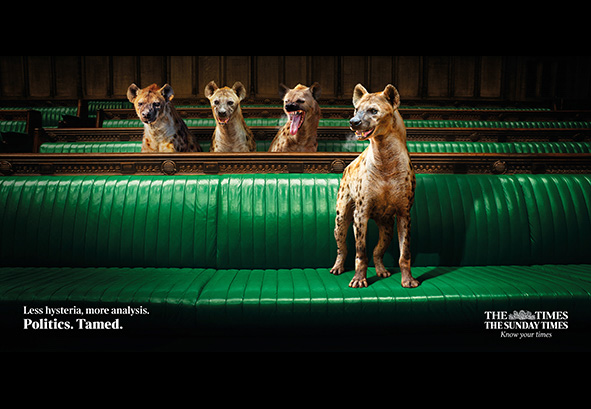 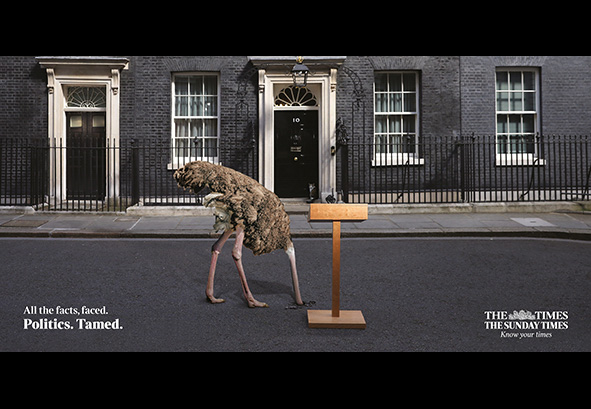 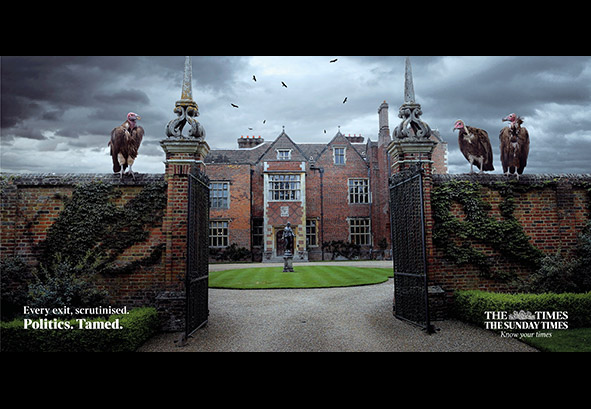 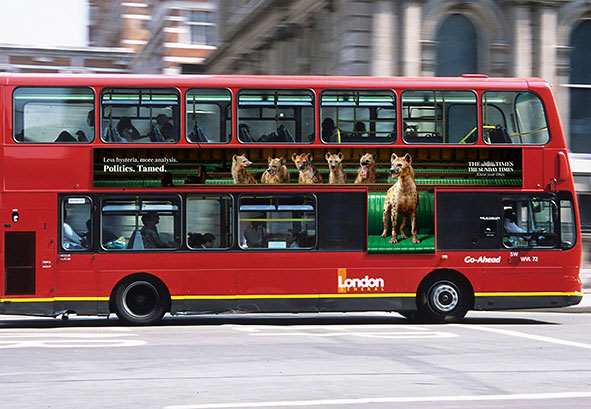 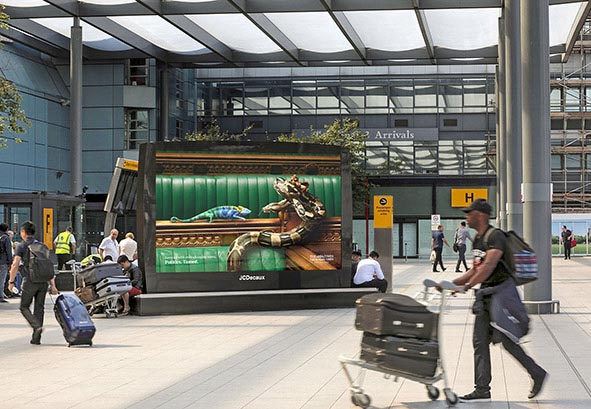