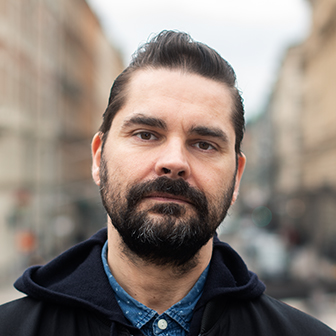 Back to People
Creative Director

Timo is our Nordic Creative Director. He started out as a photographer but began his advertising career 2000 at Ogilvy and later was part of the forming of INGO a joint venture between Grey and Ogilvy, where he produced award winning work for The Childrens Cancer Foundation and Situation Stockholm among others.

Other brands throughout the years include DHL Express, Eniro, Marabou/Kraft, Wasa/Barilla, Löfbergs, Ford and American Express. Timo joined The&Partnership in 2017 and believes advertising just got better by using smarter data to address audiences with relevant messaging. When not in the office he is likely on a bike.