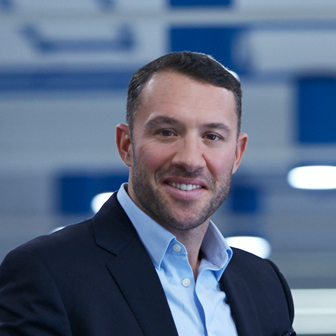 John is Global Chief Investment Officer for m/SIX and Partner of The &Partnership. John’s media career started at Mindshare and excluding a short stint at PHD, has been a part of the GroupM network for over 13 years also working at Maxus and Essence before joining m/SIX.

John was voted into Media Week’s 30 under 30 in 2008, was the youngest ever UK Press Director when he joined Maxus in 2010 and has been a perennial member of Media Week’s Top 10 UK Media Buyers since 2014.

Founder of Media Fight Night, an industry event aimed at raising much needed funds for various charities and causes, John has raised just under £1m since it’s inception in 2015. One of the events biggest achievements is funding the introduction of Sentinel Node Biopsy to the UK, a pioneering surgical technique that saves over 70% of patients who are diagnosed with Head or Neck cancers from having a major surgery of neck dissection.

John was born and lived in Zone 1 London for 37 years before his wife persuaded him to make the move to Surrey with their 2 year old son, Noah.