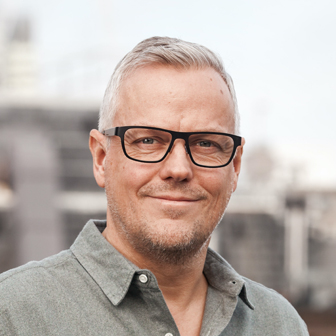 Back to People
Head of Art, Worldwide

Dan has spent over 30 years as a practitioner and leader in design and art direction for some of the biggest and most influential brands in the world, including Apple, adidas, Lexus, Toyota, Nissan, Sony Playstation, Samsung and The Wall Street Journal.

His work has been recognised at almost every major award show including Design Week, New York Festivals and Cannes Lions. At D&AD he has received a rare Silver Pencil for typography, appeared in The Annual 45 times and as a judge on many occasions including on the prestigious Black Pencil jury.

A long-standing member of the team and having worked in both our London and New York offices, Dan has overseen projects for most of our clients in his 15 years at The&Partnership.