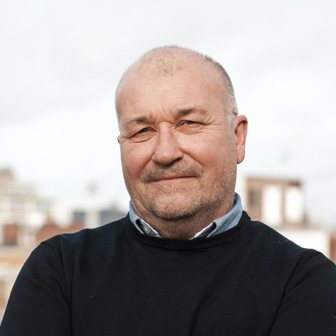 Back to People
Head of Integrated Production

Charles joined T&PL as Head of Integrated Production 4 years ago. Over a career that has spanned more than 3 decades Charles has worked at a number of agencies and has produced work for numerous clients. Having filmed in most corners of the world he has lost none of his enthusiasm for production, great or small. Charles was a member of the IPA TV Steering Committee for a number of years and is now a Fellow of the IPA. He has served on the Board of the British Arrows as well as various industry awards juries.

Charles lives in sunny West Sussex and can be found puffing up the South Downs on his bike in his spare time.